Connor had a terrible past that involved mistreatment, violence against him as well as neglect, including starvation. Connor’s full story can be read in the Before and After tab on this website.

Connor is now a wonderful, confident dog, wanting to please his people. He still has some health issues after the years of mistreatment, in particular his ears need constant treatment to help with dryness and soreness. He also worn down teeth due to years of chewing rocks when he was starved. He was 11 kilograms when he was seized by the authorities in NSW. He is now over 30 kilograms. 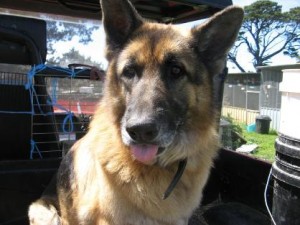 Frappe arrived at the Sanctuary in March 2015 after the passing of our dear boy Lucas-Bear (also a german shepherd). Jacqui decided she needed to focus her grief on something positive. After contacting GSD rescue beautiful 9.5 year old Frappe was on a plane and being sent down to Big Ears. Frappe’s owner had passed away and the owner’s family surrendered him to the RSPCA. Older dogs generally find it harder to get a new home. Frappe has settled in beautifully after a few mishaps with his fence jumping which has now been rectified with a fence so high even Frappe can’t jump it. 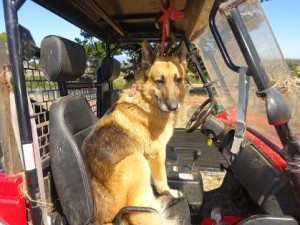 Ellie’s previous family could no longer keep her due to financial hardships and took her to the vet to be put to sleep at 7 months of age. The vet asked the family to consider them finding her a home and contacted Big Ears. Although we do not take in dogs, on this occasion we decided to give Ellie a home and a second chance at life. 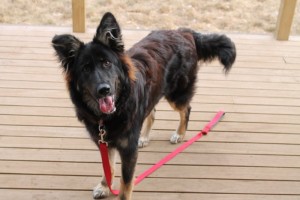 Big Ears has previously been home to four other German Shepherds named Annie, Lucas-Bear, Panda and Zeus. Their stories are in the In Memoriam tab. 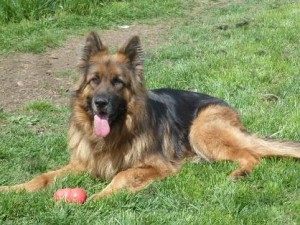 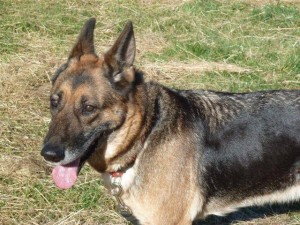