Big Ears is home to 19 cats, 13 of which are feral. They live in specially made outdoor enclosures and have been de-sexed and vaccinated. Some of the feral cats are now tamed and are friendly towards people. Some remain very unfriendly. Big Ears decided to give these cats a chance after being contacted by a woman who wanted to make a difference in the lives of a group of dumped cats.

Mialto lost her sight during her de-sexing operation due to a reaction to the anasthetic. When her owners found out she was blind they no longer wanted her so she came to live at the sanctuary. Mialto is a beautiful, confident cat who loves to roam around in her secure outside enclosure. At night she moves inside to sleep and spend time with George. 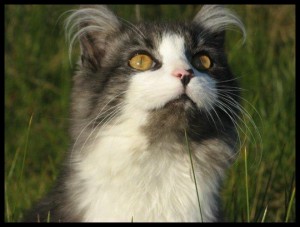 Humphrey the kitten came to live at the sanctuary after he had been dumped at 3 – 4 days of age. Our vet euthanased several of his siblings but couldn’t bring herself to euthanase Humphrey. He had to be bottle fed every 4 hours and could fit in the palm of a hand. He has since grown into a healthy young cat full of mischief. 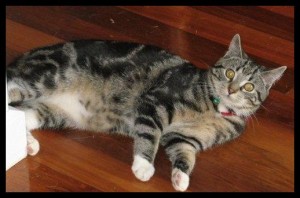 The ferals are actually called Mummy, Ziggy Stardust and Major Tom. In a previous life they lived in a warehouse where they kept the rodent population down. They aren’t very friendly as they had little human contact. When the wharehouse re-located the cats couldn’t stay. One of the warehouse workers organised for the cats to come to Big Ears as she was quite attached to them and did not wish to see them euthanased simply because they are unfriendly. She had been feeding them every day and visiting them regularly.

This kind person organised for the company to provide some building materials and we constructed a secure cat ‘condo’ for them to live in at Big Ears. They moved into their new home and have slowly adjusted to their new lifestyle. Major Tom and Ziggy Stardust are not friendly, but Mummy cat will pop down for a pat at food time. They spend their days sleeping in the sun and snuggling together. Of an evening they are active playing with their toys and chasing each other around.
We urge people never to dump cats/kittens in the wild as they do so much damage to native animals and birds. We encourage pet de-sexing and micro-chipping and advise cat owners to keep their cats in of a night. 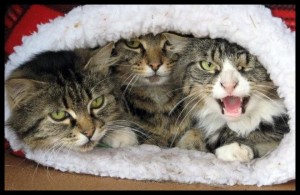 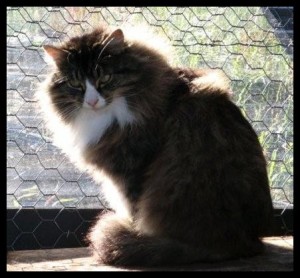 Pudding joined the sanctuary after she was caught in a humane trap underneath one of our large pine trees. Jacqui had noticed she was hanging around. After a few nights she gave in to the temptation of a yummy meal. It was evident from the outset that she was feral, she went completely beserk when Jacqui approached the cage.

After allowing her to settle Jacqui brought her inside in a large cage with all the creature comforts so she could get used to us. Within a couple of days she was purring and now we enjoy pats and cuddles. She is still a little unsure but we are confident that this will be overcome.

Feral cat populations are the direct result of people dumping their animals, not having them de-sexed or allowing them to wander off as outdoor cats.
Feral cats are one of the most maligned animals due to the intense destruction they wreak on native animals and birds. Yet this wouldn’t be the case if humans had taken responsibility in the first place.

Pudding will now live her days at the sanctuary as a pet. She is one of the lucky ones as the life of a feral cat is very hard and that is without being trapped, shot and poisoned. 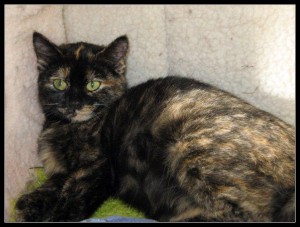 Suzy was dumped on a north west beach as a kitten. A concerned person has been feeding her and biding her time until Suzy could be captured and transferred to the sanctuary to live out her days. Once again this is an example of people not taking responsibility for their animals and dumping them and ignoring the costs to the animal and the environment. Luckily a responsible person took it upon herself to befriend and capture Suzy and find her a safe place to live. 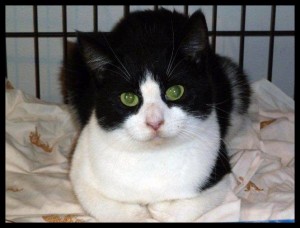 Felix the cat is another feral kitty that Jacqui trapped at the same place that Pudding was found. She is very timid and tiny and had obviously not been doing to well as a feral cat. Felix will now be a resident of Big Ears and hopefully she will one day become friendly but if not she will live out her days in a specially built cat enclosure to keep her and the environment safe from her predation. 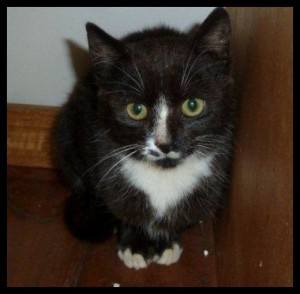